Can I just tell you a story real quick? I promise, it's a quick one. Be prepared, this isn't one for children. Nightmares will result.

This is the story of Amanda and the Zucchini Bugs:

One summer day, after a long day of work, Amanda went out to her beloved patio garden to examine her healthy, thriving, if slightly weed-y, plants. She exclaimed with joy over her baby cucumbers...sighed with delight at her reddening tomatoes, and beamed over her ever-larger herbs. As she was exuding such happiness over, if you'll pardon the pun, fruits of her labor, she turned with anticipation to her zucchini plants. Amanda loved her zucchini plants, for they produced the only vegetable in the garden everyone would eat without complaint.

Peering expectantly among the leaves, searching for signs of a tasty zucchini....she found 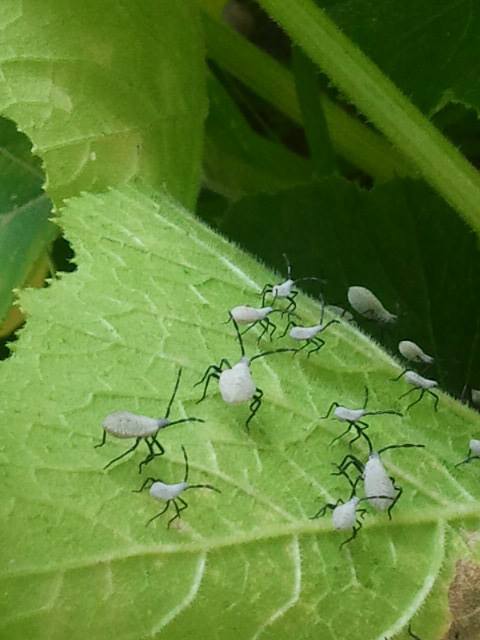 
Now Amanda is a pretty brave girl, but when she saw these terrifying creatures, a scream of shock escaped her. And can you really blame her?


Amanda's husband ran to her, worried that aliens were invading or she had broken a leg or something truly dreadful had happened.  Amanda, shaking with fear, choked out the word, "Bugs!" She pointed to the afflicted plant. Amanda's husband, scoffing at the reaction she had to some bugs, went to the plants, determined to see what caused his beloved wife to react so violently.  "Agghh!" he shouted, when he too, witnessed the frightening sight.


Once the shock wore off, Amanda and her husband went to the trusty Internet to determine what these monstrous creatures were. The conclusion? Stink bugs or squash bugs.

Stink bugs are not native to the United States. They were first collected in 1998 in PA and have since marched their pesty little selves across the continent. They are frequently found in IN. Squash bugs are related to stink bugs, and are also pesty little creatures.

In the meantime, Amanda's zucchini plant is in sorry shape. Death is quite likely. Fortunately, Amanda has gardening family and friends who will hopefully share their non-infested zucchini with her.

I told you this wasn't a story for kids!


If you'd like to know more:
Kill those stinking squash bugs

The truth about stink bugs 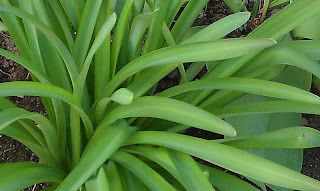 Plant of the Week- Surprise Lilies

Amanda
Indiana, United States
Christian wife and mother of two boys. I love to garden, crochet, spend time in the woods, cook, read, sew, and listen to Christian radio. I work full time outside the home. I'm a big believer in organic gardening and using heirloom seeds. Food doesn't need to be genetically modified! But, I buy regular food at the grocery store. This hippie stuff is a balancing act. We have two dogs and three cats, so we're furry. Follow our homeschooling adventures at http://kindofahippiehomeschooler.blogspot.com/